In 2016, I started my business on the basis of making 100% natural citrine quartz available to people. The first time I saw large clusters of natural citrine quartz with crystals the size of my thumb was in 2015. I exclaimed loudly and with excitement, “I HAVE TO MAKE THIS AVAILABLE TO PEOPLE!” I did not realize until almost a year later what a huge deal this was going to be.

In 2016, I was the first vendor in Canada at public rock and gem shows to sell ONLY natural citrine, and not heat treated amethyst (what I refer to as “yellow amethyst”). I was the ONLY vendor out of 100 Canada wide vendors that WAS selling natural citrine at these shows.

I was the first and only vendor to address the topic of heat treated amethyst being sold as citrine out loud and publicly during shows. NO OTHER VENDORS WERE TALKING ABOUT NATURAL CITRINE! (…or any of their items. Most of them stood quietly behind the table and just watched for shoplifters.)

I did not shy away from the topic of accurate representation and the ways to tell the difference between natural citrine and heat treated amethyst. Be sure that I was NOT going around putting anyone down in getting the word out. I was simply exclaiming the truth and educating people on how to spot the differences. I would say 99% of everyone I spoke to were shocked and in disbelief at what I was telling them. I had no idea I was going to change the industry, but I am certainly glad that I lived my beliefs out loud.

I was the ONLY vendor {out of 100 Canada-wide} that was selling 100% natural citrine at these shows.

One of my key selling points when I opened in 2016 was “#1 Source for 100% natural citrine quartz”. This was prominently stated at every show, posted on my website, and printed on all of my business cards and leaflets. I bought a single piece of yellow amethyst from a fellow vendor to help me show people the difference. I said to him as I bought it: “You know exactly what I am going to do with this”, and he said, “Yes, Dawn, I know”… I am not sure that he actually did. You see, this particular vendor literally said to me, “You will never change this industry.” Within SIX MONTHS, he no longer advertised his heat treated amethyst as citrine, but had the whole tray of purple and yellow amethyst labelled “AMETHYST”. I guess I did change the industry! I know this is true, as the general public everywhere is now aware of this important difference. But you can be sure of this: none of the vendors are going to point at me and say, “Dawn changed the industry” because they DON’T LIKE THAT I DID! That vendor does not like me much if at all, but maybe deep down he is impressed that someone did something to change the industry. Do you think any of those veteran vendors liked me being outspoken about industry secrets? Vendors who were labelling yellow amethyst as rare citrine quartz and making a lot of money doing so?

“You will never change this industry.”

– Crystal vendor for over 30 years to Dawn Markus in September of 2016.

In educating the public on natural citrine vs ‘fake’ citrine, I was also subjected to a bit of anger from people who had purchased irradiated amethyst. They were VERY upset to find out the truth, a truth that was hidden from them for years. Plus, citrine is actually an expensive quartz type due to its rarity, and they had spent SO MUCH MONEY on what they were told was citrine.

A prime example is the large geodes that come out of Brazil. I remember informing one man at the Calgary Health Show table back in February of 2017. He literally yelled in anger and frustration and could not believe it. He kept repeating, “Really? REALLY??” and then said, “You mean to tell me that the large citrine geode I bought for “x” dollars is actually heat treated amethyst??” as he aggressively paced forward and back from my table. I plainly and honestly looked him in the eye and said, “I have not seen your item personally, but it is likely that yes, it is heat treated amethyst.” He was SO ANGRY and stormed away! It was all very dramatic now that I am typing the story.

Now, in the moment, I felt like he was mad at me personally. It was only years later when I shared this awkward story with a friend that I was able to see it differently. She was surprised I thought he was mad at ME, and assured me: “Dawn, they were not mad at YOU. They were mad that they were lied to and got taken advantage of.” So, I felt slightly better that it wasn’t me personally, but it still was a lot of angry energy to transmute in the moment. Even typing it now, I can see how obvious it is that he was not mad AT me, but at being sold a mislabelled and misrespresented item.

In the course of about 6 months, it was very interesting to see what the reaction of vendors became from my presence at their shows. One vendor said to me, “I gotta get my hands on at least 30kgs of that stuff” in reference to my 100% natural citrine crystals and clusters. Didn’t he know how RARE it is? And to get 30+ kgs of it? My heart sank as I realized that I had created a demand for something that was only going to create more violation in African countries. Here I had opened my business on the basis of honesty and truth, and here was the industry just taking advantage to focus on money yet again. Further to this choice to acquire a literal tonne of citrine, he then started to sell quartz that LOOKED like citrine, but was actually only yellowish on the outside due to iron staining. And it was being sold as citrine!!! I was so disappointed…

Another example was a time when someone else’s customer came to my table with a freshly purchased pendant of dirty quartz. I say dirty because it looked dirty – it was a bit cloudy and a bit grayish and not a hint of yellow. This person happily showed me and said, “I just bought this citrine!” It was hard to say nothing… so I was very direct when I said, “I am sorry, but that is not citrine.” I then told her to “go over to the organizer of the show, who is also a geologist, and ask him about it.” Meanwhile, I became more and more agitated that I was at the same mineral show as a vendor(s) who was misrepresenting product. It was actually the first time since becoming part of the industry that I felt p**sed off. I had plenty of authentic, excellent specimens of natural citrine quartz crystals and clusters. That was when it started for me, this case of ill at ease with other vendors. It was also the beginning of noticing other vendor’s business choices, business choices that I had little interest in prior because I didn’t do a swot analysis or base my own business decisions on what anyone else is doing.

Within 8 months, there was natural citrine and misrepresented citrine popping up all over the place. I EVEN had a customer come up to me about a year after I opened and told me all about heat treated amethyst and natural citrine as though I had no idea. I patiently listened. In reflection, it got me thinking about how we tend to make a lot of assumptions about each other. I understand it is likely that the person just wanted to be acknowledged for knowing something so incredible, and was helping to spread the word as I hoped people would do! It is kind of funny that he had no idea that I was actually the person who started the conversation!

Anyway, I think that about sums it up, bringing natural citrine to the market. I am glad that I did so and it has opened the door to customers asking more questions and a much stronger interest in properly identifying minerals and crystals. But, by having the courage to question the truth and ethics out loud, I have definitely changed the industry. Since 2018, there are articles being written about many more stones that were not being accurately represented.

My integrity has cost me a lot of money, but I cannot live any other way.

Do you want a shirt when you ordered jeans? NO! So, why would you accept amethyst when you are paying for citrine?

Sadly, the point about the whole thing that I find most upsetting is this: people, healers, nice people, YOU – still buy from those same people who have been lying to them for 10, 20, 30 years. Vendors who smiled at you, took your money, and sent you on your way with joy in your heart. For decades. Why didn’t they tell you the truth of the stones? Answer: Money. Why didn’t they tell you that it was heat treated amethyst, and let you make the choice? A: Money. Why were they labelling it as citrine? A. Money.

Further, if a vendor doesn’t know what they are selling, should they be selling it? Tell me what you think in the comments below. 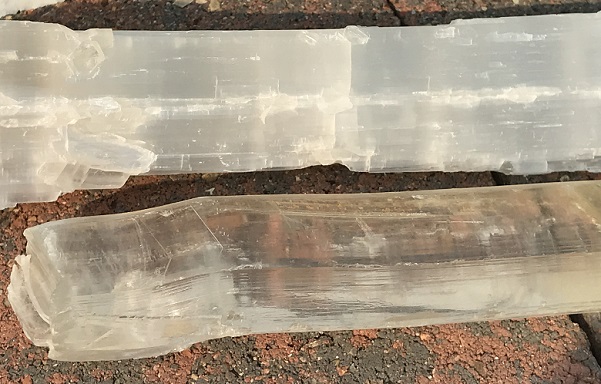 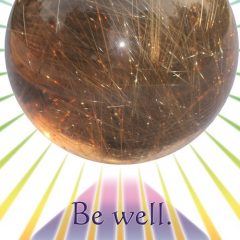 Copyright Crystal Rockin Mineral Shop I am adding products daily - Please contact me if you cannot find what you are looking for.

Crystals added often - please Connect with Dawn to ask about an item not yet posted. Dismiss